In conversation with Theodore Diehl 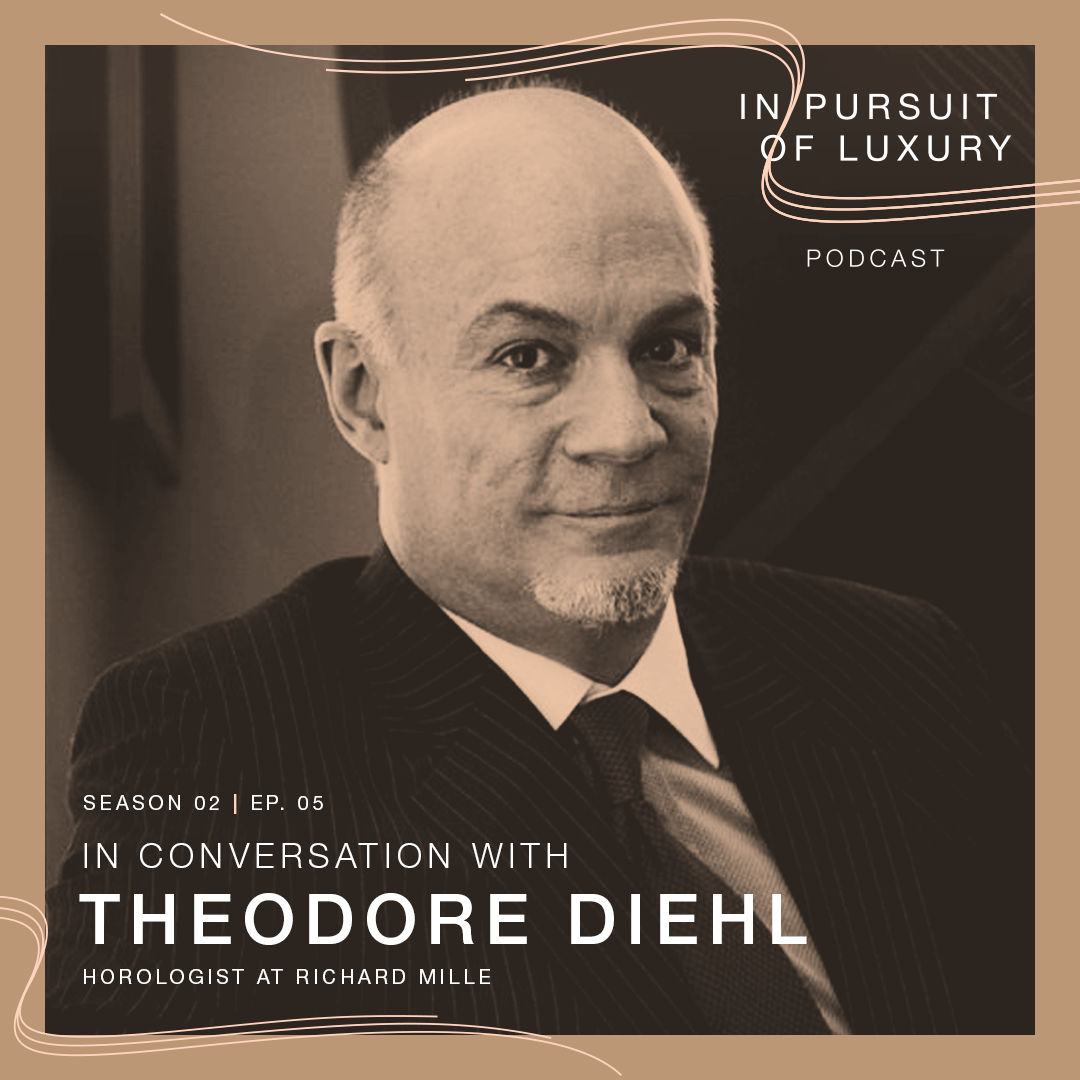 Theodore Diehl, horologist at Richard Mille. Theo has had a varied and exciting career. He was originally conservatory trained as a harpsichordist and Early music specialist and worked many years as an A&R manager and producer. In the 1990’s, he made a change to watch journalism, and worked with all the major watch magazines and newspapers including the Financial Times (UK). It was during this time that he met Richard Mille. He joined Richard’s fledgling company as one of the first three people to work there. Theo is the company spokesman, horologist and historian.