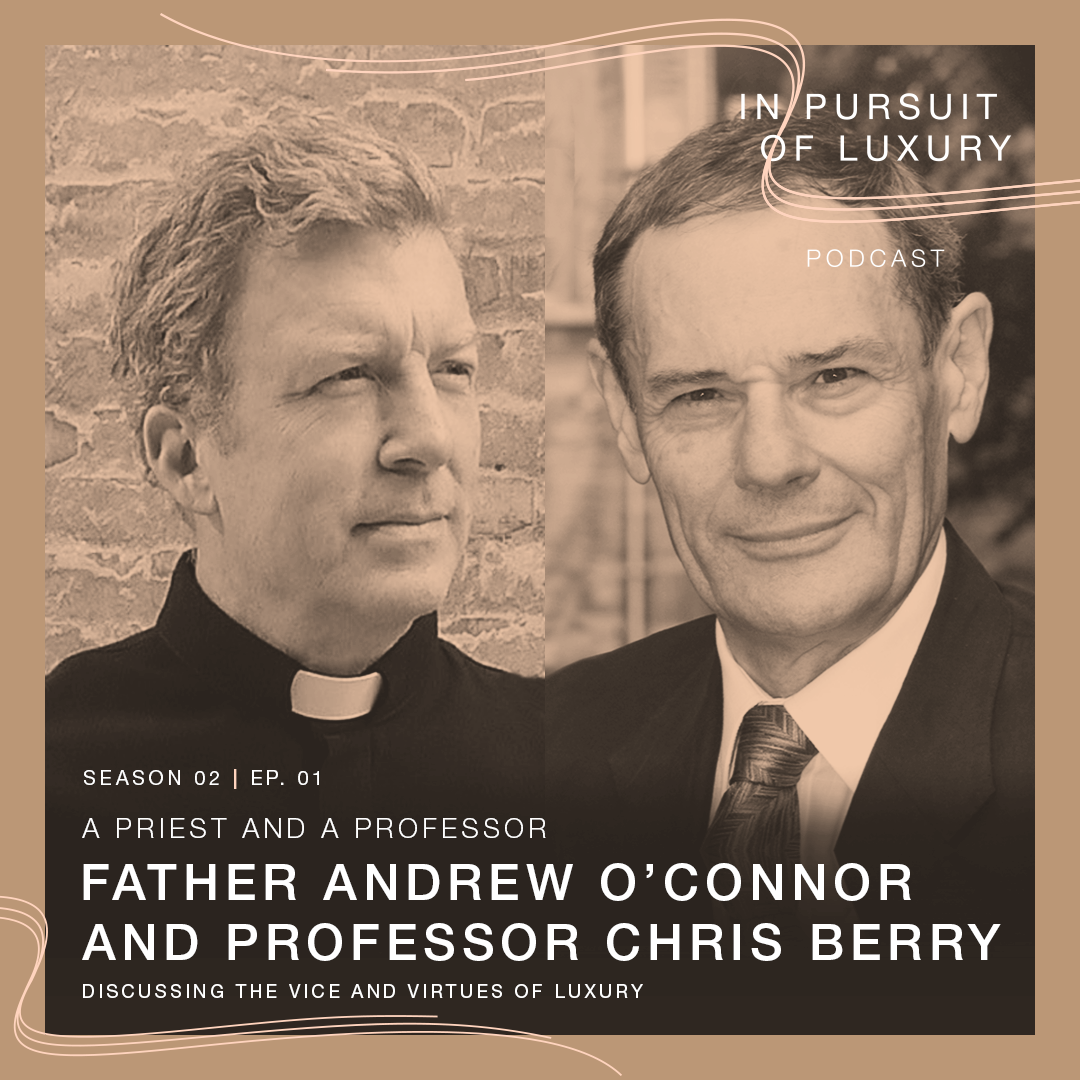 Father Andrew More O’Connor is a Roman Catholic Diocesan priest ordained by the Archdiocese of New York in 1996 and is currently the pastor at Saint Mary Grand on the Lower East Side of Manhattan. In addition to his service of the Archdiocese, he is a visual artist and feels that church and art must go together like subject and verb, more so now because the paradigms of the sacred shift along with our lives. Andrew is also a designer and founder of Good of Conscience a non profit clothing company.

Christopher J. Berry is Professor Emeritus (Political Theory) and Honorary Professorial Research Fellow. He works at the interface between politics, history and philosophy and has written many books and papers, on Luxury and especially on aspects of the Scottish Enlightenment.  On a wider front he has an interest in what he calls ‘the philosophical anthropology of politics’ (what it is about being human that appears to call forth a response that is labelled political).